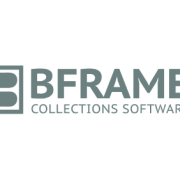 BFrame was officially founded more than 30 years ago, but its roots trace back 50 years to 1969, when founder Bob Bentz began his career working for Electronic Tabulating Service (ETS).

Over the course of his career Bob and BFrame have managed through four major technology transformations: from paper to digital; from mainframe to PC; from dial up to internet and from proprietary hosting to cloud hosting.

Collections go from paper to digital

While Bob was at ETS, he focused on accounting and collection agency clients. At that time, collections was a manual process. Accounts were recorded on cards and kept in a box on the collectors’ desks. When payments came in, the cards would be put in a machine that printed the payment on the card and punched the payment information into a paper tape. Bob knew he could use technology to make this process more efficient, so he sat at the desks of the collectors, observed how they worked and the tools they needed, and then began creating technology to support them. The first step was enabling them to store debtor information on magnetic tape and then retrieve information using a primitive online inquiry system. This was the first transition: from paper to digital.

In 1990 Bob started BFrame. Not wanting to infringe on any former employer’s proprietary technology, he decided to write the initial BFrame system from scratch, taking advantage of everything he had learned about collection agencies over the preceding 20 years. In 45 days, he had a working system. In the ensuing 30 years this initial code base has been exponentially expanded by BFrame engineers, but it is a testament to Bob’s foresight and ability that much of his original code remains at the core of the BFrame system today.

The original BFrame system ran on Burroughs mainframes. With the advent of the PC and IBM OS/2, Bob realized that most of the mainframe code the team had written could be ported to the PC. An associate figured out how to install circuit boards in a PC that could handle incoming phone lines and pretty soon they had the full BFrame system up and running on a PC. A single PC with a 500k hard drive could support 40 terminals. A little later, with the release of Windows NT 3.5, they were able to port everything from OS/2 to Windows. This was the second transformation, from mainframe to PC, and a major breakthrough in reducing cost.

At that point all the code was in COBOL and all the data was stored in ISAM, relative and flat files on disk. There was no database component and there was no internet or browser access. Customers used dial-up, leased and internally-wired lines with character terminals and PCs with screen-handling software to access the system. But, as the customer base grew and the capabilities of the system improved, the flat files became increasingly unwieldy and the character screens harder to maintain and enhance.

The release of the Netscape browser in 1994 and Internet Explorer in 1995 opened up a huge opportunity for technology companies to become more efficient. The first step was to get the data out of the flat files into MS SQL tables. BFrame engineers started by converting the most frequently accessed files and gradually converted additional files to MS SQL tables over time.

Meanwhile BFrame engineer Tracey Wendel (still with BFrame) developed a Microsoft ASP-based solution that could interface with the traditional BFrame COBOL code and in 1998 BFrame was among the first collection platforms to make the switch from character “green screen” terminals to the web browser.

The rise of the internet also enabled the BFrame team to create its web-based consumer and client portals. These tools enable our agencies to take care of consumers, make payment arrangements and receive payments 24 hours a day, seven days a week much more efficiently and with more privacy than the traditional live agent model.

Collections move to the cloud

The fourth transformation was from proprietary hosting to cloud hosting. BFrame had maintained its own data center with racks of PCs supporting clients all across the country. However, as the customer base grew, it became apparent that the company should switch to a dedicated hosting provider that could provide the reliability, scalability and security that BFrame’s customers needed. In 2015 BFrame was in the forefront in adopting this new technology to provide more value to its customers.

A tradition of innovation

The tradition of innovation and customer support that Bob instilled remains in force today. BFrame’s team of engineers is continuously adding new features as customers request them and taking advantage of new technologies as they become available. One of the company’s strengths is its ability and willingness to continuously customize the solution for each customer’s needs. But the core business logic of BFrame, and important parts of the code base, rest on that initial system that Bob built single-handedly back in 1990.

Over the years BFrame has supported the success of numerous agencies, including some of the biggest agencies that have ever been, agencies that have sold for hundreds of millions of dollars. Many of those agencies started with just a few agents. To this day we work with a variety of clients of different sizes in different segments of the market.

At BFrame we know our success hinges on the success of our clients, so we work hard to support our clients, large and small, providing a cost-efficient solution, attentive customer support and on-going feature upgrades and improvements. While we know that change is not always progress, progress is always change, and we remain as dedicated to progress as Bob was when he founded the company back in 1990.

The BFrame Recovery Management System has the power to manage debt collection and recovery for a wide range of enterprises. The platform has been continuously improved over the past 30 years by a dedicated team with extensive knowledge of the intricacies of the debt collection industry. As a result the system provides a rich feature set that streamlines operations from debt collections to debt sale.

The Case For Cloud Hosting